On Saturday 22 September the Guild of Church Musicians visited the Cathedral for the day. Beginning with coffee, they were then treated to a colourful organ recital by Daniel Moult featuring music by Mozart, Liszt, Saint-Saens and Widor amongst others before lunch in the St Mary’s Gate Inn. The first session of the afternoon was a talk by the Rt Hon Lord Gill. After a short break, delegates observed the Cathedral choir in rehearsal with Elizabeth before moving to the Cathedral to hear Vespers sung by the choir. Peter Allan CR presided whilst the Homily was preached by the Rt Revd Graeme Knowles. The choir sang Richard Shephard’s Song of Mary and O praise the Lord by Neil Cox, commissioned for the Diocese of Arundel and Brighton’s 50th anniversary in 2015. Dr Michael Walsh and the Rt Hon Lord Gill were presented with Honorary Fellowship of the Guild by Dame Mary Archer at the end of the service.

Daniel Moult introduces the music in his recital 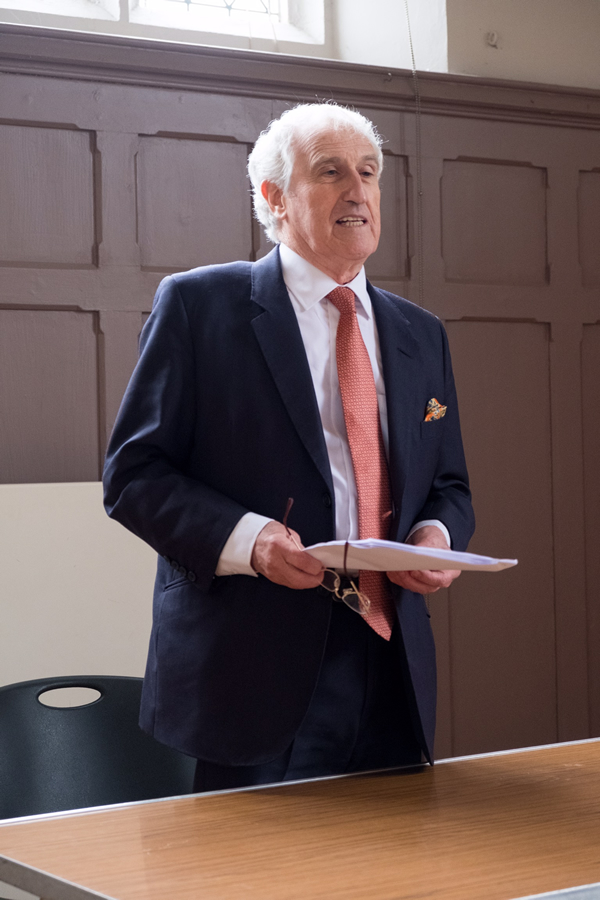