Henry, XV Duke of Norfolk, the man who built Arundel Cathedral and much of the town of Arundel was the subject of a fascinating illustrated lecture on 23 November 2019 in the Cathedral Centre. It was delivered by Oliver Hawkins, a supporter of the Cathedral Friends who regularly conducts tours of the Cathedral for visiting parishes and other interested groups. As the tours were always greeted so enthusiastically, it was decided to test out how popular a talk would be in a more structured setting and to a more ad hoc audience. The tickets sold out almost overnight! 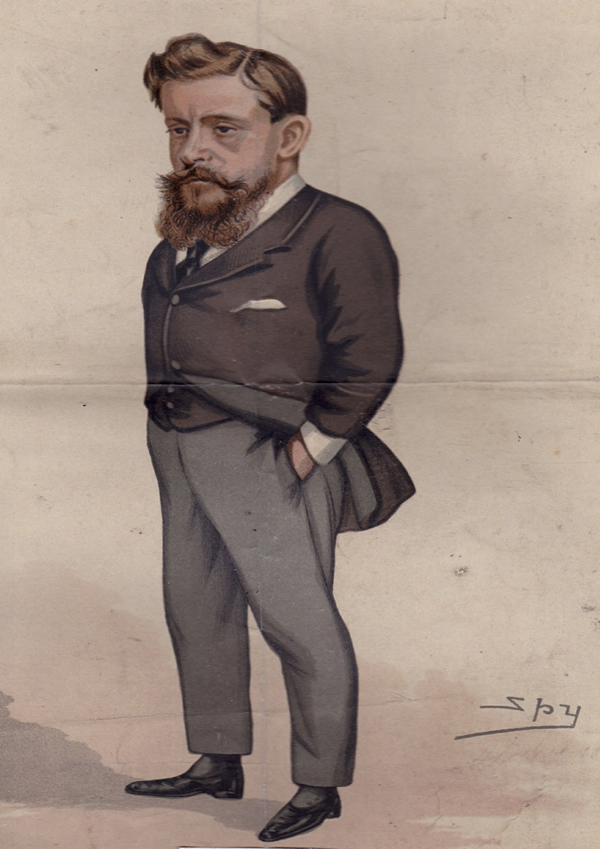 Before an audience of 70 including one of Duke Henry’s granddaughters, and the Cathedral archivist, Oliver described how Henry, born in 1847 became one of the most important and influential members of the British aristocracy of the time. Following Catholic emancipation the Catholic community was growing in confidence. Henry was inspired by his tutor and mentor, the recently canonised John Henry Newman. The values and faith he acquired during that time inspired all he did thereafter, whether as a politician, planner or fighting in Her Majesty’s army. To the great relief of the people of Arundel the last of these was short lived as he fell off his horse shortly after arriving in South Africa and had to be repatriated, with mercifully only a bruised reputation as a horseman!

His energy seemed boundless. The most difficult of challenges were there to be overcome in a lifetime of church building, philanthropic activities, and surprising undertakings. Born to high office (Earl Marshal of England) and enormously wealthy he funded the building of the Cathedral engaging the famous architect Joseph Hansom to build a ‘parish church’ to celebrate his 21st birthday. Henry chose the site and purchased the land and had the whole structure built within three years – an astonishing achievement! The Victorians knew how to build imposing structures to last. Nevertheless a hundred years later the Fleche, which had been a substitute for a grand steeple (the chalk on which the building stands could not have supported anything taller) and built of timber and lead, needed to be replaced. The replacement with the most ‘modern, light, strong, weather resistant materials’ had in turn to be replaced only 40 years later- this time with the original materials of lead and timber! The parish church was designated the Bishop’s seat and Cathedral when the Diocese of Arundel and Brighton was created in May 1965. 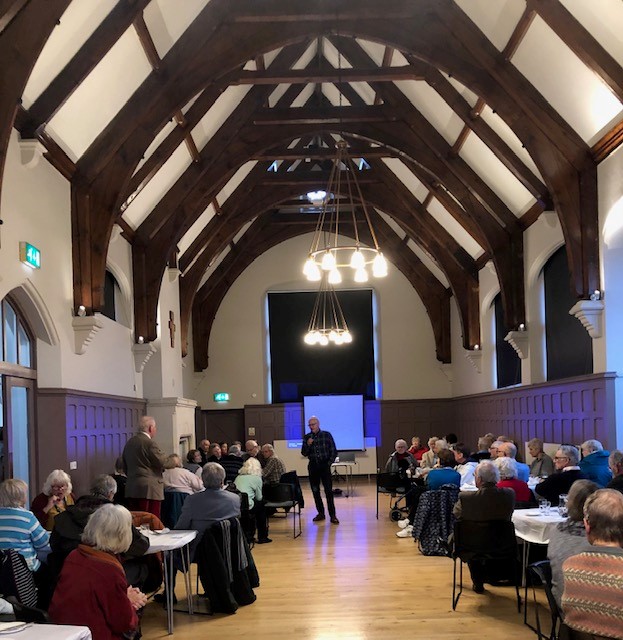 Duke Henry was indefatigable. Small and famously scruffy, he suffered profound personal tragedy without losing faith or humour. Tragically his wife Flora died very young and their son Philip was born severely handicapped, never developing beyond a state of infancy. In spite of this he went on to build the Catholic Cathedral in Norwich, this time in early English style, and many other churches. He undertook renovations of his own home – Arundel Castle. As postmaster general he built the Post Office, which still stands today on the corner at the bottom of the High Street and went on to create what has now become a world class cricket ground and home for Sussex cricket in the grounds of the castle.
Oliver’s talk was both erudite and entertaining – full of interesting anecdotes and facts – and very well received by an enthusiastic audience.

The talk was the first in a series of lunch time events organised by the Friends of Arundel Cathedral to raise their profile and encourage membership. The Friends are committed to financial support for many of the spiritual and secular activities of the Cathedral:- recruitment and sponsorship of promising choral scholars to ensure the highest standards of choral music, and contributions to the maintenance of the fabric of the building: e.g restoration of the Rose window and of the fleche. For more information visit http://www.arundelcathedralfriends.org or contact the Administrator, Lindsey Stratford, on 01903 884567 Email: aruncathfriends@btconnect.com. 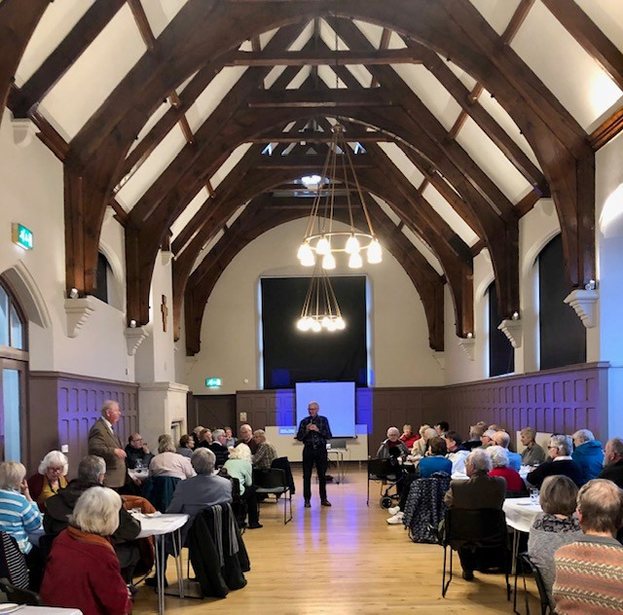