Early History of the Parish

The earliest record of a church in Arundel is to be found in the Domesday Book, which records a parish church of St. Nicholas and a chapel of St. Martin in the keep of Arundel Castle. After the Norman Conquest, Roger de Montgomery, who loyally governed Normandy during William the Conqueror’s campaign in England, was granted the Earldom of Arundel and it was he who raised the little port of Arundel to the status of borough and made provision for the old Saxon parish church to become part of the Benedictine Priory before his death in 1094. The priory church as such was to be a dependency on the abbey of Seez in Normandy, but the Benedictine priors became rectors of the parish of Arundel and patrons of the living. The priors being busy men appointed vicars to do the pastoral work of the parish while they proceeded with their duties of administration. This situation continued until 1380 when the third Earl of Arundel obtained permission to endow a perpetual chantry and the priory was dissolved. The new foundation was presided over by a College of Secular Priests for whom spacious buildings were erected much of which still adjoins the Fitzalan chapel. The Master of the College inherited from the former Benedictine priors the status of rector, with the right of presentation to the pastoral care of the parish. It was the Master who thus appointed the vicars of the parish up to the Reformation. The College was dedicated to the Holy Trinity, Our Lady and all the Saints, the parish church retaining its title of St. Nicholas.
The reign of King Henry VIII saw traumatic change with the dissolution of the monasteries and religious houses. In 1544 the College was dissolved and in 1558 the old Catholic hierarchy came to an end. It was from this time until 1748 that Arundel was served in secret from Slindon House, in a neighbouring parish, where missionary priests were provided by the Kemp family. From 1748 there commences a list of Catholic Chaplains who served the domestic chapel which had been reinstated in Arundel Castle and they also served the Catholic population of Arundel until 1850, when the Catholic Hierarchy was re-established and a rector of the parish appointed once more.
The old chapel of the College throughout all these vicissitudes remained in Catholic hands, and is now called the Fitzalan Chapel where requiem Masses are still offered for the founder and all buried in its vaults. It forms the chancel of the old parish church, and despite the sorrows of the Reformation it is an enduring witness to Catholic continuity, and although divided from the now Anglican Church by a fourteenth century grille and latterly a glass screen, this in no way implies a division of faith, but rather the protection of the privacy of what has always been a private chapel. It was from this chapel moreover in 1971 that the mortal remains of St. Philip Howard were brought to be enshrined in the Cathedral which now proudly claims him as patron.
Before the Reformation, Arundel possessed numerous religious foundations. Attached to the College was the hospice of the Maison Dieu to care for the aged and at a safe distance from the town was the Leper Hospital served by the chapel of St. James. There was a Dominican Priory in the regions of present day Jubilee Gardens and an Augustinian Priory – the remains of which are incorporated into the farmhouse next to Arundel station. There were also three quite famous shrines of Our Lady: Our Lady of Arundel in a chapel near the site of the present Cathedral, Our Lady of the Gate, over the gateway (The Mary Gate) that leads from the Castle into the park and Our Lady of Calceto (or the way); this was in the Augustinian Priory church overlooking what is now the Causeway (Calceto). 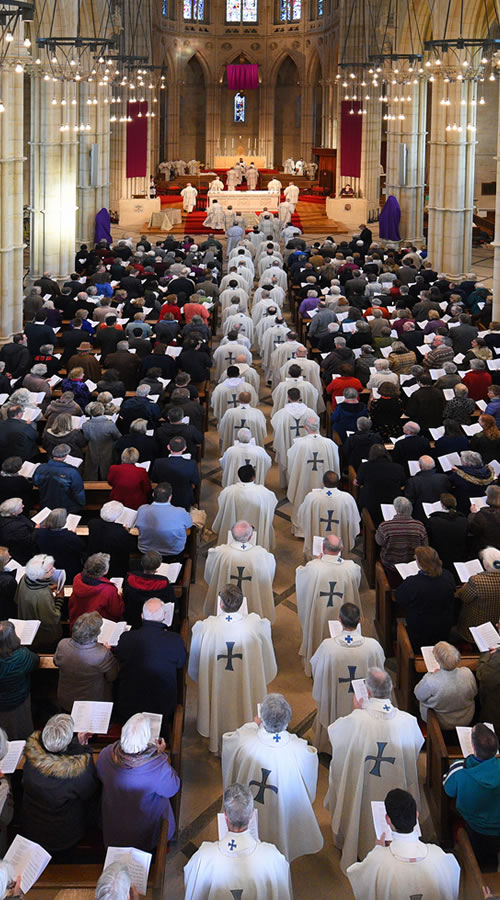 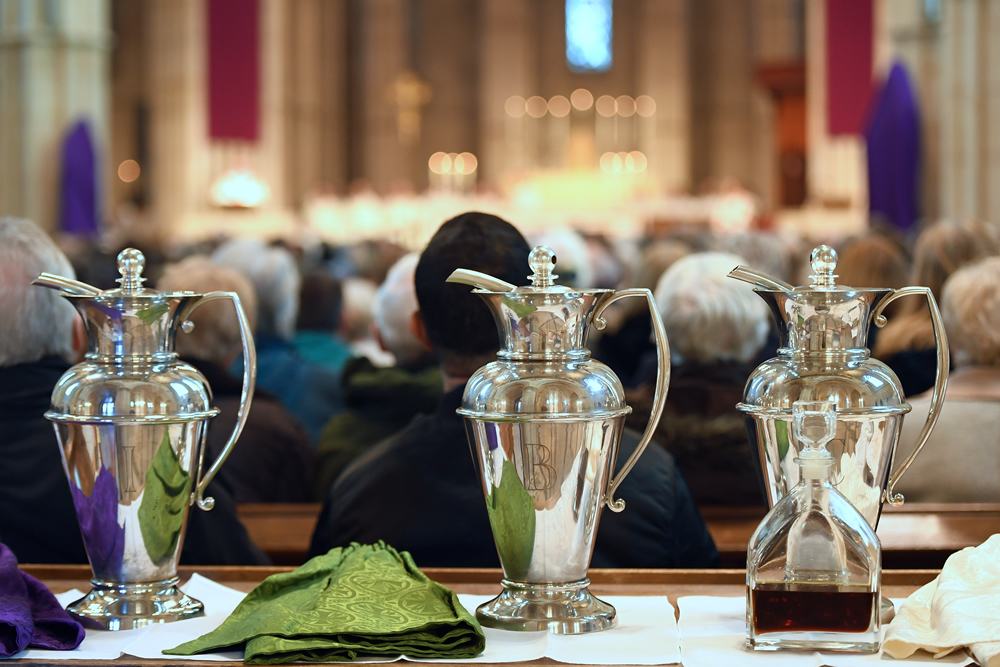