Entrance is via the West door and the French Gothic style of architecture makes an immediate impression of height, light and space. These were the effects mainly sought by the mediaeval architects who developed the Gothic style, but often lost by their nineteenth century imitators. The height of the nave is 71ft. 9ins. More than double the width of 33ft. (excluding the aisles, each 12ft.). The Nave, of six bays (each arch indicates a bay) is 97ft. long. The impression of height is enhanced by the lofty piers, each with eight clustering shafts, supporting a handsome cross-groined vault of chalk alternating with Bath stone. There is no stained glass to the nave, which ensures light, if it does leave it a little cold. In the spandrels between arches are roundels with busts of Saxon saints, men on the south side and women on the north.

Before leaving the vaulted narthex there is some memorial stained glass worth attention. On each side of the entrance doors in the West wall there are two windows in memory of the de Lisle family. The one to your left, as you face the door, is to Edwin Joseph March Phillips de Lisle, whose father Ambrose Phillips de Lisle played a distinguished part in Catholic life in the nineteenth century. In particular, he founded the Cistercian Abbey of Mount St. Bernard in Charnwood Forest, Leicestershire, and was far-seeing enough to found, in 1857, an Association for the promotion of the Unity of Christendom. The window represents Christ’s Ascension. The window to the right of the West door commemorates Lieutenant Alexander Charles Nicholas March de Lisle, Edwin’s youngest son, of the Leicestershire Regiment and Royal Flying Corps. He was killed in action in 1917 and buried in Flanders. He was only twenty. The window depicts the mysterious passing of the Prophet Elijah, described in the Book of Kings as departing in a chariot of fire while his mantle falls on his disciple Elisha. This subject both alludes to the death of Nicholas and pairs with the Ascension in the window to his father.

The next window of two lights is to the memory of Reginald Balfour, shown kneeling, to the right, in a Franciscan habit. The subject is the stigmata of St. Francis, when the saint, on Mount Alvernia, received the imprint of Christ’s wounds in his own body while he saw a vision of the crucified Lord borne on the wings of a seraph; there is a background representing, most attractively, Assisi, with – to the left – the basilica where St. Francis is buried.

In the north aisle set into the wall (and continued in the south aisle) are the fourteen Stations of the Cross, always to be found in a Catholic Church. These depict incidents on Christ’s last journey from his condemnation by Pontius Pilot to his crucifixion and laying to rest in the tomb. Pilgrims to Jerusalem in the Middle Ages followed this traditional route in prayer and brought this form of devotion home with them. It is now practised universally especially during Lent. A tablet records that the Stations are in memory of Bishop John Butt, fourth Bishop of Southwark from 1885 to 1889. He had been consecrated in this church by Cardinal Manning as auxiliary bishop to Bishop Coffin. John Butt had been a military chaplain during the Crimean War, when he nearly died of cholera, recovering after his coffin had been ordered. In 1862 he became chaplain to the Duke of Norfolk at Arundel, and later accompanied Bishop Grant of Southwark to the first Vatican Council. As Bishop he founded St. John’s Seminary, Wonersh, near Guildford, where he is buried.

High up on the two terminal bays at the east end of the nave can be seen two small statues of St. Henry, Emperor of the Romans and St. Edmund of Canterbury. These are the two name saints of Duke Henry and his brother Lord Fitzalan of Derwent, from whose Chapel at Derwent Hall they were originally brought after the hall had been flooded to form a reservoir. 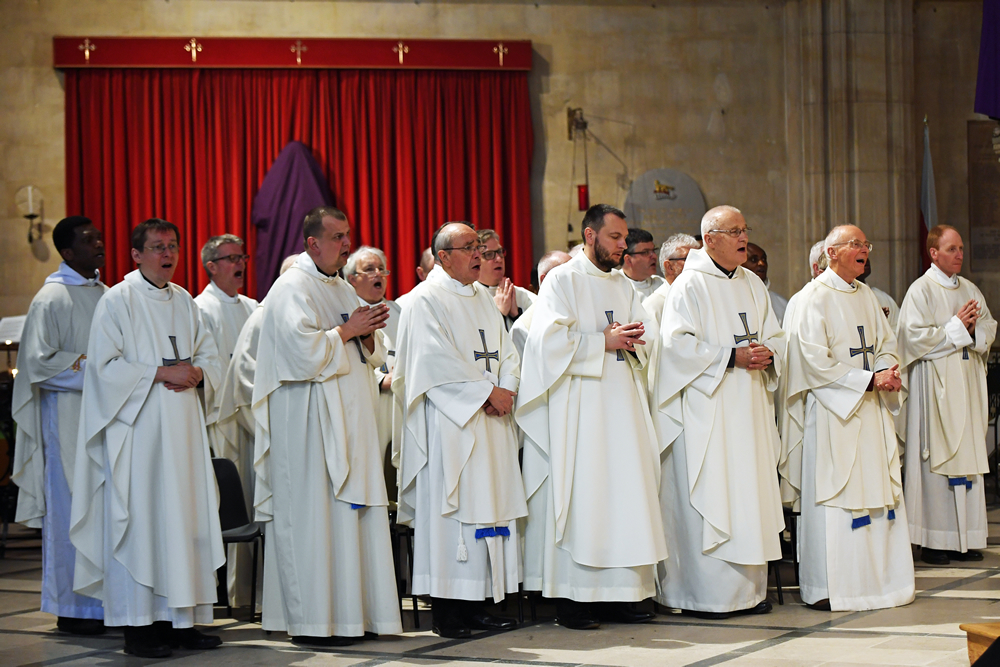